I live in San Francisco and bike everywhere. It is the fastest and easiest way to get around the city. There are a few things that make the life of bikers in the city difficult though; hills, rain, cars & road conditions. Tonight I’m going to invest some energy into a creative solution to one of those – potholes.

There seem to be two steps in the process of a pothole getting fixed. First, the pothole has to be identified by the necessary party, second, a crew needs to show up with materials to fix it.

San Francisco is actually pretty advanced in how it deals with potholes. The public works department lets you call into 311 where you can report a hole and they will add it to a queue to get fixed. Unfortunately like most things the government does, speed is not their strength. On the other side of the state in San Diego, one citizen got so frustrated after repeatedly calling about a pothole that he eventually fixed it himself.

Apparently pothole fixing presents a few limitations. The first problem – like that of any government funded operation is budget constraints. The second is that some potholes get fixed hastily and then break again (sounds like software). Apparently the city would need to spend upwards of $40 Million per year to keep the roads in even decent condition. We currently don’t have the money and raising taxes doesn’t always go over well.

An individual pothole can cost between $20-40 to be properly fixed which isn’t a ton on its own, but apparently there are over one million potholes in San Francisco. Woah! The causes include traffic, water & damaged sewers – all of which the roads are repeatedly subjected to – so new potholes pop up every year.

Combining the citizen servant-hood of the aforementioned San Diegan, Primo Vannicelli, with mobile infrastructure and a micro-payment bidding system I’ve come up with ‘Pothole-No-More’.

Potholes are something that affect people personally and specifically. While a resident might have a hard time agreeing to a tax increase for a general repairs project – they would feel closer tied to a specific pothole that they encounter on their everyday commute. You know – that pothole you always have to dodge on your way home.

The system lets you use your mobile phone to capture the location and a picture of the pothole which is then submitted for processing. 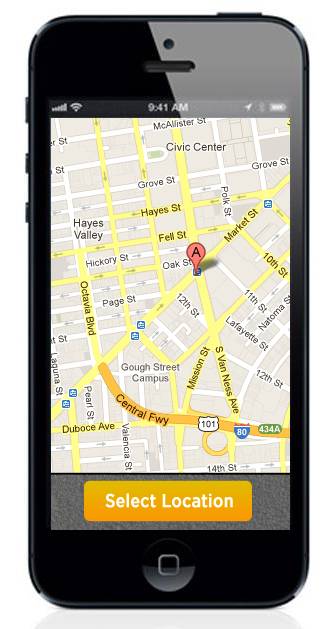 We then categorize (read: mechanical turk, image recognition &/or task rabbit) each pothole to come up with a project completion cost. Once the pothole is processed it goes live on the site where anyone can donate money towards it getting fixed.

Once the full amount has been donated the funds are routed to the city to be repaired by the appropriate team. ALTERNATE ENDING: we take the money, send a crew to get supplies and fix the pothole ourselves using the cover of night and ninja outfits to avoid arrest!

I can think of a number of ideas to iterate on as this idea gets traction.

1) Potholes get cheaper to fix the more you fix – economies of scale and all. If this gets popular enough we can use our friend math to optimize the best route for repairs and batch the fixes in an appropriate manner.

2) With this system potholes in areas of high traffic will likely get fixed sooner which is good. There might also be a bias however towards potholes in more affluent areas being fixed – as people living there will have more discretionary income to donate. We could explore charging a slight premium on potholes and using the excess money towards fixing potholes in other parts of the city. We might also need to explore using some of those funds for app maintenance.

3) Some cities won’t be on board with a project like this. Tough. If you’re not getting arrested or sued, you’re probably not disrupting hard enough. Working with local governments will certainly be important though – most will likely be fine having citizens provide extra money towards public projects – but the implementation will look different in every city. Having local champions help get the app introduced to the city will have to be a part of the growth hacking plan.

4) Army of robotic pothole fixers. Automation for the win!

5) Map-my-ride feature. Use the app to automatically map your frequent commutes and dedicate a set amount per month towards fixing any potholes on that commute line. Don’t just fix the problem – get proactive and make sure new potholes are addressed quickly before they get out of hand.

I am not currently planning on doing this project – tonight was more of a thought exercise. If it sounds interesting to you though – you have my blessing to follow through with it.

If you want to pitch in but are looking for other people to help – contact me using the link above and I’ll connect you to whoever else replies. Safe biking!