This week I’m departing on my longest challenge yet. Longer than the 140.6 Ironman (11 hours), longer than the 152 mile RAMROD (13 hours), and longer than the 98 mile Wonderland (48 hours). This will be a grueling, multi-sport test of my skills and endurance. But also, it will be a relaxing 150+ mile frolic through the backcountry.

I’ve come a long way in the last year since my first ultramarathon – a self supported 98 mile run around Mt. Rainier. I was reading back on my pre-adventure post from last year and reflecting on how nervous I was about a lot of things that didn’t end up being that big of a deal, and how not-nervous I was about a few that did.

Unlike last year where I had a specific route I wanted to finish, this year I’m just going to go have some fun in the wilderness. I’ve plotted out a few trails that look amazing, but that there is no way a person could link together on a single push. Then I’m going to link them all together in a single push using my stand up paddle board to connect waterside trailheads.

I don’t really know what to call this.

Backpacking is a thing you do when you hike slowly with a campsite packed on your back and explore the backcountry.

Running is a thing you do when you’re going faster and planning to return to your car before too many meals have passed.

Fastpacking is the word folks use to describe the hybrid run/hike approach to multi-day pushes at a decent pace.

But when you throw in a paddle board, you you enter a territory I haven’t heard of.

Some people pointed me at packrafting, which is backpacking with an inflatable raft to go across water, but most of that seems focused around short crossings or going downriver.

Then there is portaging, a water exploration that requires on-land crossings to connect bodies of water. I’ll be doing some of that.

But I’m also just exploring. Collecting new views, peaks, lakes and waterfalls in my memory book (and on my GoPro).

In some ways this feels closer to the winter I spent wandering around Europe with a Eurorail pass and no agenda but to experience it. Much like that trip, I have a lot of things in mind, and I plan to mostly wing it. That trip of course ended up with a few surprises, as things always seem to when I’m involved. But unlike that trip where I had trains to connect the spots and hostels to sleep in, this time I’ll be running or paddling between markers and sleeping in a jacket and blow up mattress I have crammed into my vest.

I guess if I complete this I get to name the activity. That’ll give me something to think about while I’m out there.

The final map might look something like this – red being running (somewhere between 100-150 miles of that, and blue being SUPing (~50 miles). For scale, the big lake is 20 miles long and one mile across. 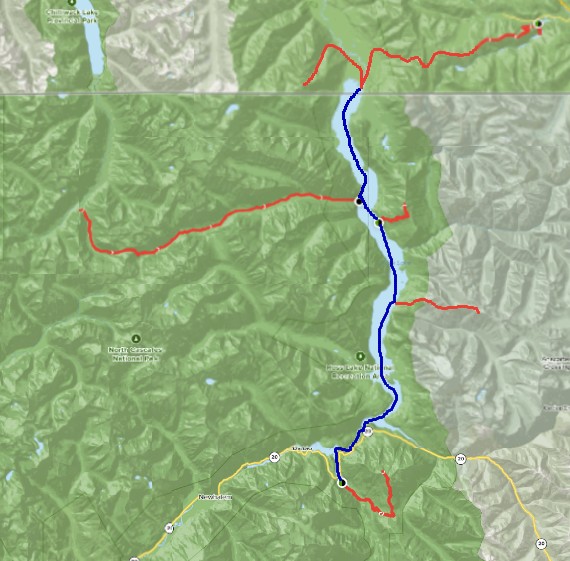 In order to make this work I’m going to be trying out a few new things.

This should be fun.

For a sneak peak I grabbed some pictures from a hiking website. This is the lake I’ll be spending a lot of time on. The picture is taken from the top of a peak I plan to get up to. Also pictured are a bunch of other peaks I am going to attempt. 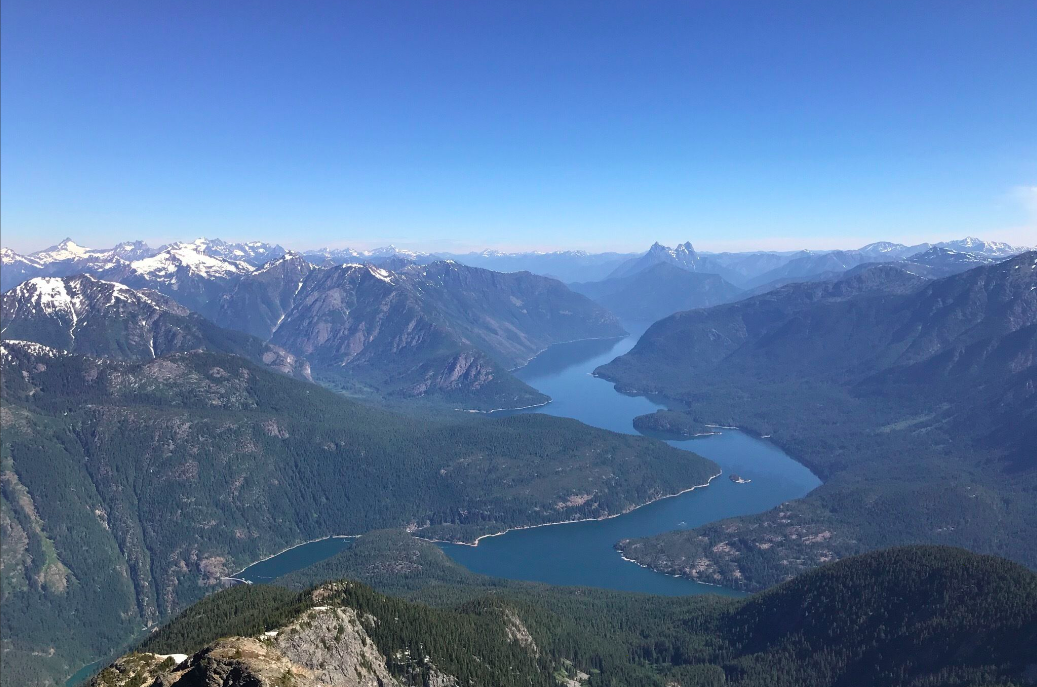 The trip will have some sweeping views and the classic PNW contrast of blue water/sky, white & gray mountains and lush green forests. I love that color contrast. 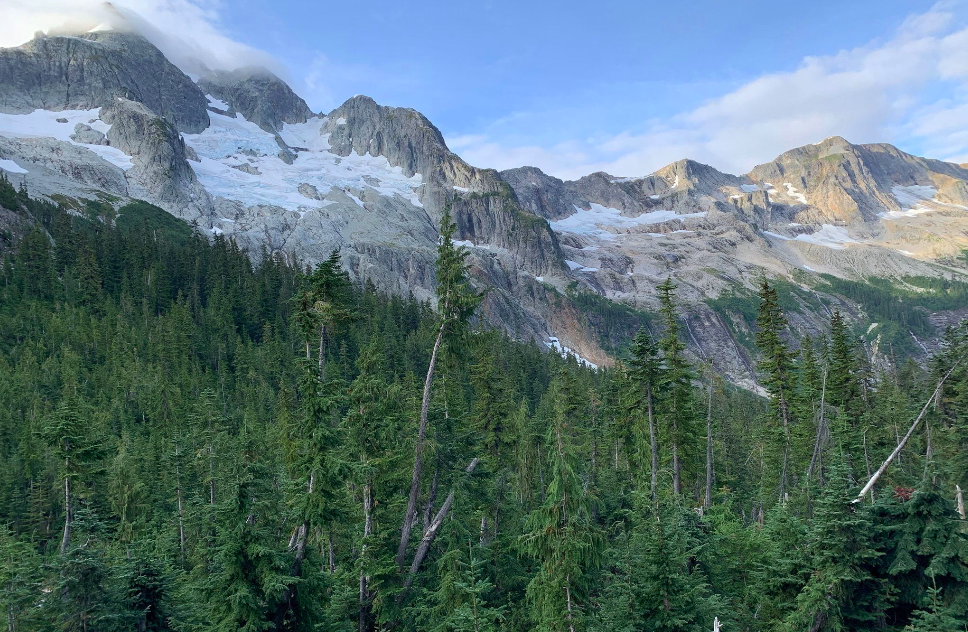 I have a minor addiction to jumping in alpine lakes and I don’t expect this trip will let me down.

This year I’ll be attempting this when the moon is not out, as opposed to last year when I did it under full moon. It turns out the extra light from the moon doesn’t help you see that much and I’d rather have less light and more stars. 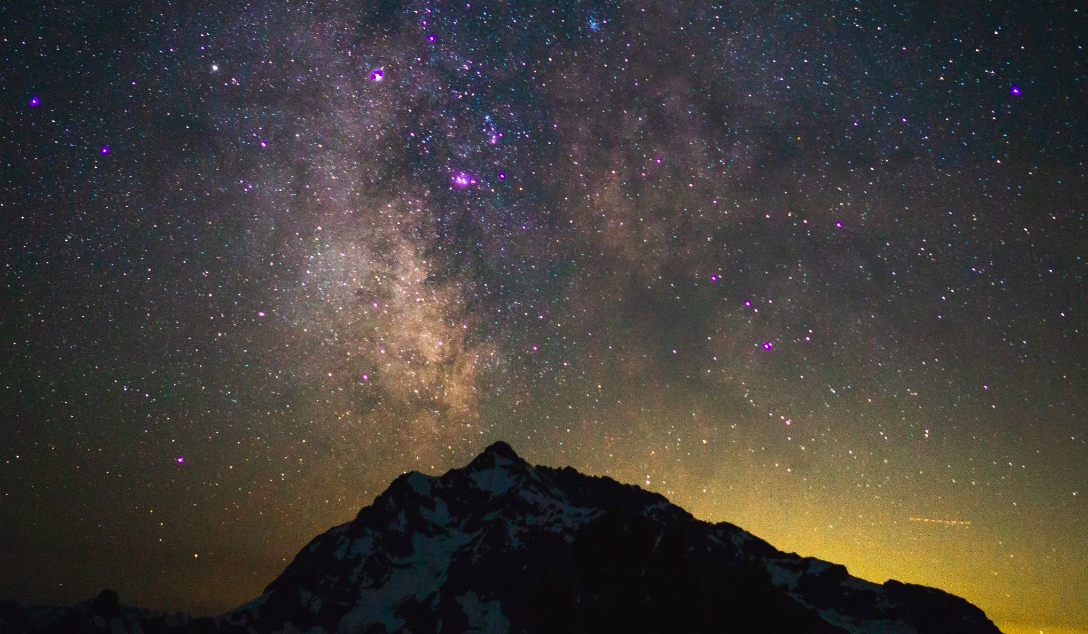 In total, my gear should come in under 20lbs, excluding my SUP. ~10lbs of that will be food, which will mostly stay in a bear canister with my SUP at various beaches while I complete the runs. I also have an ultralight sleep setup that weighs ~2 lbs and which will be a big improvement over last year. I’ve been able trying to get my gear pretty light while also making sure I have enough for anything that pops up. This adventure should be a good test. 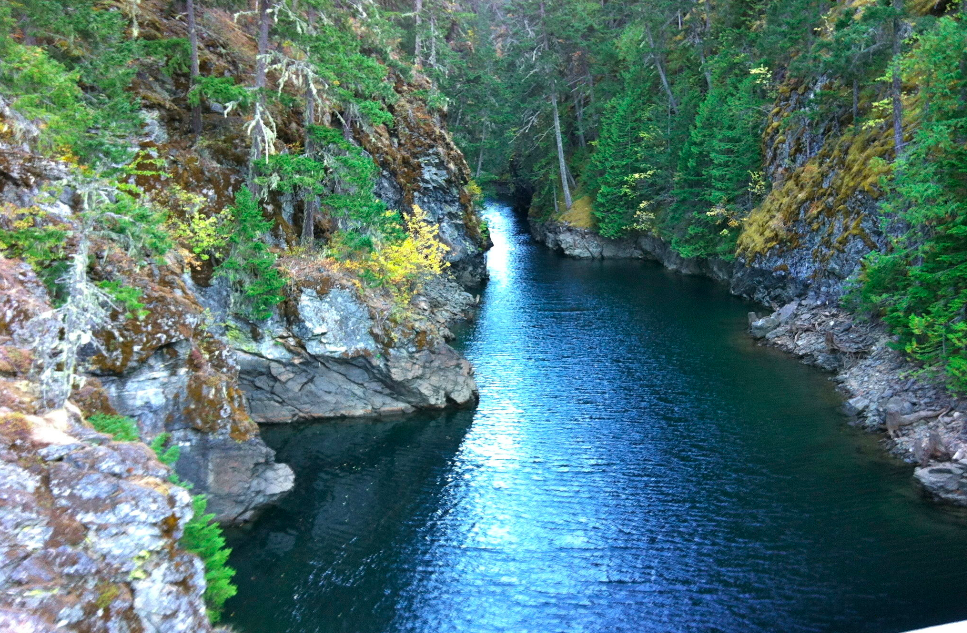