Today was almost the day.

Over the last month I’ve gotten back in surfing shape. I’ve been surfing a few times a week so my arms are strong again. I’ve been running & doing my breath drills so my lungs are too. I even took a few poundings in OH surf just to make sure my nerves were solid.

I got the automated email last night. The report showed 10-15 ft waves at Mavericks. My exact target range. As I took my bright yellow gun down from its wall racks the excitement and nervousness of a two year goal began to set in. 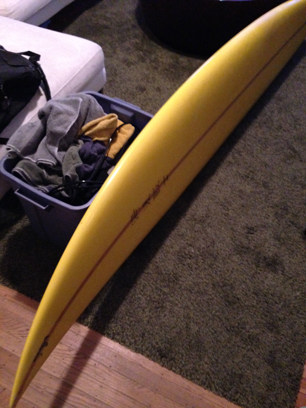 I  got up early and drove down early to see what the conditions were like. A solid groundswell, sunny morning and offshore wind combined to make what seemed like the perfect day.

As I drove the coast I saw hints at what to expect. I had that feeling in my gut I used to get before running races. A combination of nervousness & excitement. A sense of calm that makes you question if you have enough energy to do what you’re about to try. But that is a finely tuned body saving energy for when it is most needed.

I got to Mavericks and watched for a bit. Unfortunately the tide wasn’t quite right. I didn’t see any successful rides during the half hour I was there so I decided to surf Ocean Beach instead so I could get something in before work. 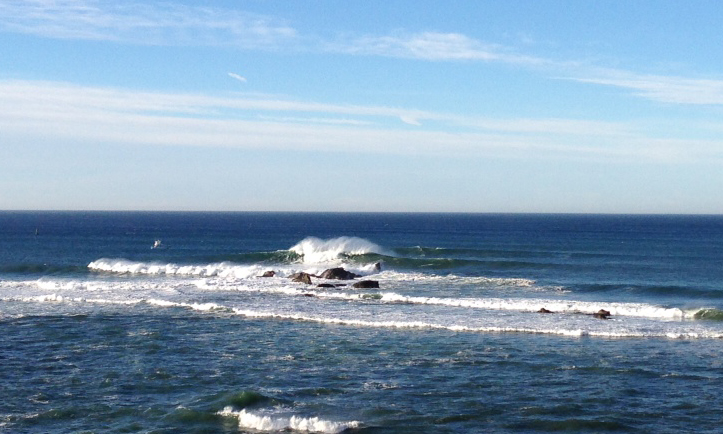 Ocean Beach in the 12ft+ range is no joke. It is slightly less dangerous than Mavericks though – less rocks, more onlookers, much closer to land and something I’m familiar with.

The downside is the paddle – there is no channel. Making it to the outside on big days can be a challenge. It keeps the line up thin though. 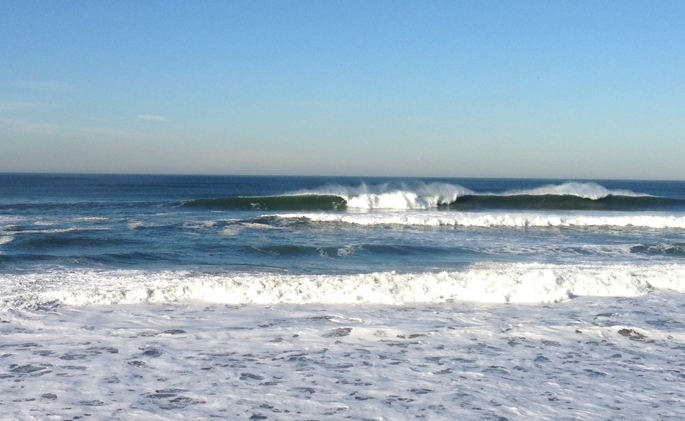 I decided this would be a good chance to test out Hail Mary in some decent sized surf.

I suited up, gave her a proper wax and counted waves on the sand waiting for a lull in the sets. I figured if I timed it right & paddled fast enough I could get out without taking to many on the head.

The trade off with Hail Mary, like all gun surfboards, is that the extra foam that helps with paddling hurts when duck diving. In fact, despite my best efforts I could not even get the board even slightly underwater. After my first failed attempt, I realized that my best bet was to turtle. Thankfully the speed paddling made up for the difference and I was able to get out without any problems.

Eventually a wave came with my name on it. I paddled in and as it stood up I realized that I was about to learn how Hail Mary rode in the least low-risk situation one could wish to be in. I stood up and we dropped down the face. A gust from the offshore wind raced up the face sending spray over the back.

I could see the chop in the wave but all I could feel was butter. 10lbs of foam and fiberglass cutting through the 51 degree water making for one of the fastest and smoothest waves of my life.

Tomorrow is another day. I’ll be up early.