I am now six months out from my race. I would love to say that things have gone swimmingly, but I feel like I need to be honest in this blog. The last month has been a rough one for training as I hit physical and mental blocks. The good news is that I, have found a path around them and feeling back on track – I’ll discuss this more later in this post.

The chart below is my training which I am now grouping by week since the daily level is too small to be legible. There isn’t a key but blue is biking, yellow is swimming & green is running. You’ll also notice some red (surfing) and dark green (stationary bike trainer) on the 2nd duration chart – those don’t have distances though so they aren’t on the first chart. 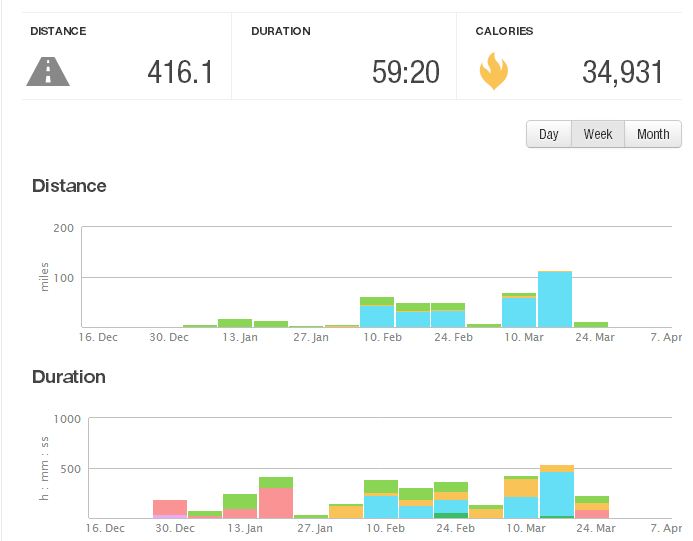 Setbacks are a part of any training plan. It would be foolish to expect to increase the strain on your body, mind & schedule for months at a time without there every being any unplanned difficulties.

Usually setbacks are recoverable or adaptable. A cold might take you out for a few days, but then again, the rest was probably good for you. A minor injury might require you put less stress on a foot, but you can supplement with cross-training and keep to schedule.

There are however setbacks that hit in such unison that they result in the perfect storm. A combination of setbacks, each recoverable or adaptable on its own, but in combination, catastrophic.

The following was the perfect storm of training setbacks I endured during February-March. I write this not as an excuse or to seek pity, but to accurately share my Ironman training experience and the steps I’ve taken to stay on target.

When tested with setback, it is our ability to find getbacks that determines our success. The following are the ways I have tackled/am tackling each of the setbacks listed above. 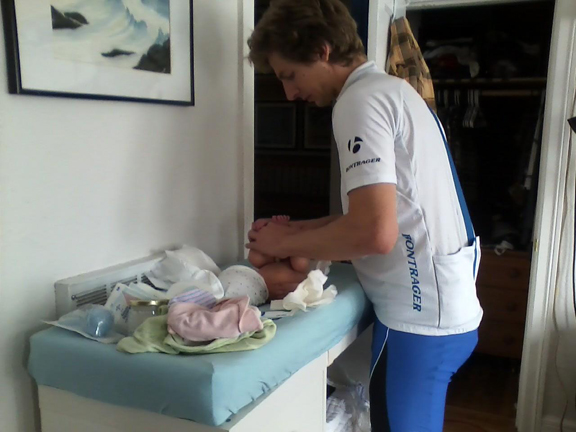