Today is October 1st which means tonight I will be watching Donnie Darko for the 11th time. It is something I have been doing on October 1st every year – the tradition dates back to 2004. 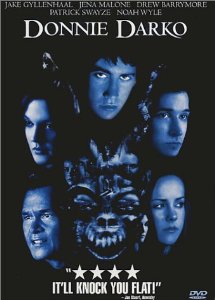 Why watch a movie every year? Why Donnie Darko? This experiment wasn’t designed with as much intention as you would hope – but it has turned out to be awesome nonetheless.

The Mirror of Repeat Viewings

See, the movie hasn’t changed in the past 10 years, but I have. With each viewing I see something different and I now realize how that tells more about who I am than anything about the movie itself. I stumbled upon a benchmark for measuring the pace of change in my life.

Below I will detail my experience over the years.

Is Donnie Darko the only movie this can be done with? I don’t believe it is. But I do suspect the number is fairly low and I might have accidentally stumbled upon one of the best. A few that come to mind as possible alternatives include: Inception, Primer, The Matrix & Mulholland Drive.

I don’t think movies are the only medium that can be used either. A story in any form could probably be used.

The key element is the room for interpretation the story leaves. When the director, Richard Kelly, made the movie, he sought to make it complex.

“But first and foremost, I wanted the film to be a piece of social satire that needs to be experienced and digested several times.” -Director, Richard Kelly

The plot intentionally leaves a lot of blank space for the viewer to fill in. There isn’t necessarily a right answer to everything. This creates the need to think, something rare in contemporary cinema. Because of that required thought process, some parts of the viewer will be projected onto the movie.

Before reading on, some of this won’t make sense if you’ve never seen Donnie Darko. So if you haven’t seen it, do yourself a favor and go watch it and then come back. Shoot, even if you’ve seen it, might as well watch it again, today is October 1st after all.

I was a freshman in college, living away from home for the first time. I watched Donnie Darko with a few guys from my dorm and it blew my mind. Having grown up on blockbuster action films and comedies, I had never seen a movie like that. 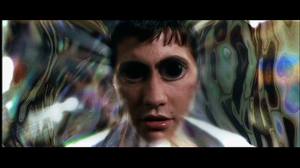 I stayed up until the wee hours of the morning reading synopses and extra content that had been produced with the movie.

To be honest, it wasn’t October 1st that first year. I don’t even remember the exact date except for that it was a Tuesday.

I was on the bus on a way home from a cross country meet. Headphones in, hunched over my laptop in the back of the bus, Donnie Darko made a lot more sense on second viewing.

In 2005 I idealized the counter cultural aspect of Donnie. He was, along with other counter cultural figures, a hero of mine. It wasn’t a complete coincidence that I had died my hair jet black in our dorm bathroom just a few weeks earlier.

This was a point in my life where I cared a lot about breaking away from conventions. I was 18. I was swollen with the realization that I didn’t have to subscribe to traditional goals, values or desires. Instead of top 40 pop songs I listened to Indie albums recorded in garages. Instead of blockbuster action movies I watched film school projects and foreign films. The more obscure the better. I wanted nothing to with the mainstream. If there was a big budget, a brand logo or a popular following – it was not for me.

I was not yet mature enough in my realizations to implement them inconspicuously and I was not yet confident enough in them to unbiasedly appreciate the positive aspects of things main stream.

It was during this viewing that I realized that the movie took place in the month of October. The notorious time stamp Donnie scrawls on his arm dates to October second, but the movie actually kicks off on October 1st in the fictitious timeline. Since it was October 1st, I decided to revisit the movie one year later, again on October 1st.

I lived in Ireland in October 2006. I was studying abroad.

I don’t really remember much about this viewing. I can’t recall that anything stood out particularly to me that year. I do remember trying to find a skeleton outfit to wear under my hoodie for Haloween though. 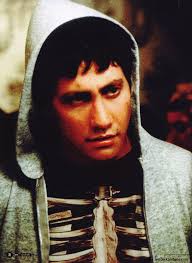 By this point I had fallen in love with the soundtrack. Echo and the Bunnymen, Tears for Fears, The Church, Joy Division & of course the Michael Andrews + Gary Jules cover of Mad World.

Through circumstances that deserve telling elsewhere, in October 2008 I was living outside of Boston at a place called L’Abri. It could be quickly described as a mix between a hippy commune and a Christian retreat center.

Though we were there by choice, our daily activities were guided by pretty strict principles. For two months I spent half of my day doing physical labor, mostly scraping old paint off of the fourth story of an old mansion, and half of my day studying. Thursdays were the exception – on Thursdays we could go into town to use the computer at the library and access email or even set up the projector & watch a movie.

October 1st wasn’t on a Thursday that year and being in Boston, I didn’t have the movie with me. In September I had given up on the idea of seeing the movie this year.

But as October approached, by some coincidence the DVD showed up at the local library and I checked it out the prior Thursday. I then convinced everyone to do a special movie night – which I was able to do by agreeing to host a discussion afterwards about the philosophy of the movie. This is the sort of thing one does at L’Abri.

At the time I was fascinated with the idea of making movies for a living.  I had been, in my free time, studying about setting up camera shots and telling stories visually.

That year the cinematography stood out to me in ways it never had before. The montage on the first day of school became my favorite scene of the movie. The beautiful slow-motion exposition of town set to Tears for Fears. Man, that is epic.  If only that had done it as a single shot, it would probably be my favorite scene in all of cinema – even still to this day.

It was after work this year that I realized I didn’t have a copy of the movie and couldn’t find a version to stream online. In a mad panic at around 9PM I rushed to a used DVD store in Newport Beach, CA. They had one copy.

Later that month I decided to also watch the recently released semi-sequel, S. Darko. I haven’t watched it again and doubt I ever will. It is not nearly as well made or interesting.

This year I watched the director’s cut for the first time. It is a slightly different version of the movie that spends a bit more time with a few character and fills in some of the gaps that were previously open to interpretation.

I’m not sure that I prefer it.

As I watched, the characters of Karen Pomeroy & Professor Kenneth Monnitoff stood out to me. There is this scene where Karen looks at Kenneth and says “Donnie Darko”, and they both laugh. I felt like I more so understood those characters and the investment they were trying to make into the students. 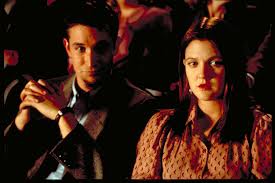 That year I had started volunteering with a group of High School aged boys. I was investing a lot of me in to them. That sort of thing became more apparent to me after that point.

Earlier in the year I had started dating a girl that I had been friends with for a long time. She happened to be visiting me from out of town that weekend.

The conversation in which you explain to your girlfriend that on Saturday night you’re going to have to watch this movie about a giant rabbit & time travel is an awkward one. Thankfully she is understanding and wanted to watch it with me.

I think that year the relationship between Donnie & Gretchen stood out to me. It was the first time I had watched the movie while in a serious relationship.

Watching it with her also made me think a bit about the character of Kitty Farmer. She mentioned that the movie was pretty unfair to that character who probably had good intentions.

I was less than a month away from getting married to girl I mentioned above.

As I watched this year I got to thinking about there scene where fear and love are contradicted. It seemed a bit similar to a philosophy I had been contemplating in which action were either driven by selfishness or selflessness.

Donnie of course rudely handles the situation, complaining about how there is a whole spectrum of human emotion. Something he hasn’t really shown much understanding for thus far in the film. I started to realize that Donnie is pretty self centered and spends a good bit of the movie complaining. He really isn’t doing anything to help others and can hardly express any emotion other than angst.

What happened to the old Donnie, the one that used to be my hero. This one was so immature. He’d changed.

As I watched in 2013 I was 26 years old. The same age as director Richard Kelly was when the film was created.

I played the movie, but I wouldn’t say I watched it. I was busy that year, my mind was in a lot of places. I had a lot going on at work and my wife wasn’t feeling well, now in her second trimester.

I might have gotten all that I could out of this film. I went through the motions, but I wasn’t engaged.

In appropriate form for this year, my viewing for 2014 was from a trainer bike where I maintained an average heart rate of 125 beets per minute. If I ever get bored I might try to sync my speed increases with the scenes of the movie.

I can’t say much new stood out to me this year. Maybe I paid more attention to Donnie’s bike.

It sort of seemed like a victory lap. I’m going to put this tradition to rest for a while. 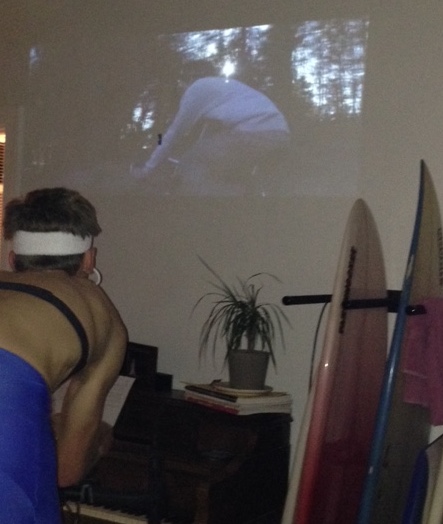 Where to Go From Here

I’m not sure if I’ll keep up the tradition. Maybe I’ll drop to an every 5 year deal for a while. It might be fun if I could turn it into an event and get a few people together – almost like a Rocky Horror Picture Show screening. Sing along anyone?

I’m also interested to hear if anyone has similar experiences. Are there any stories you revisit periodically, only to realize you get something different out of it?